The Empire of Yarmouth 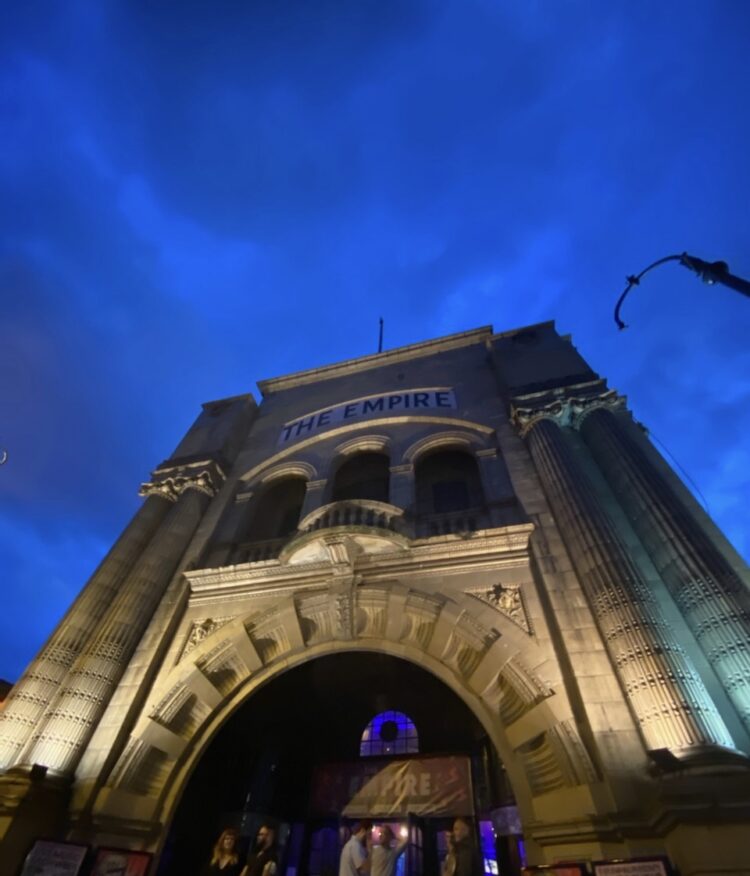 Great Yarmouth has been a constant for me - like watching Grease for the first time and after that skateboarding with my bestie in the multi-storey. The Saturday mornings roller skating at the Wellington, winter gardens. The shows on the front watching old greats like Lanny Henry, Peters and Lee, Freddie Star. in-fact one of my earliest memory was my mum singing at the Carlton Hotel, she had a resident Saturday night slot there. I was no bigger than everyones knees and she did this champagne comp where people had to pass the bottle to the person on the left or right or behind and infront until someone won, she would promise me that I would win and had it come right over the top of me - i'd get super excited then someone else got it, when I moaned at her later she said - it was hard to see, I nearly got to you - like a 3 year old could drink sparkling wine anyway. Then the time that Mr Humphries from 'Are you being served' picked me up so I could see - And once we walked round the corner and a massive sign read 'See Renny Lee, from New Faces this Saturday' by the coach tour company where the donut shop stand is now opposite the fun fair with the snails - - gotta love the snails and Joy Land snails are the best, they have them at the adult funfair too but they arn't as good.

At least every summer, every easter and every winter we make the pilgrimage to Yarmouth - often to see the summer circus or to stuff ice-creams milkshakes an donuts on the front, or simply to walk up to the town for some market chips - - -  thats gotta be done too.

So when Peter Jay and family from the Hippodrome circus in Yarmouth decided to open the Empire back up as an event space, I was thrilled - it was quite possibly the place I watched Grease, if not grease almost certainly something else. It was built as a theatre in 1911 but never was used that way, instead it turned into a cinema, bingo hall and nightclub - then in the late 90's as Bourbon Street with an avenue of inside bars. But its been closed for over 15 years and out of the dust came The Empire Street Food and Music Bar.

Where you will find tables a plenty to sit on and order food and drink via a QR code, so everything gets delivered easily and quickly to the table. Last week there was Rude burgers, inc a mighty fine Jamaican Chicken with pineapple burger, along with Middle East Coast caterers serving up vegan Falafel salad boxes, plus wraps and stuffed pittas, along with sauces and olives. Plus Fanny Adam's local caterers will be joining them this week with possibly  flat breads - although I've been told he will be creating a special changing menu for the Empire. Plus there is a whole array of drinks, no cocktails yet but mix your own - I always go for Archers and cranberry juice if I fancy that sort of vibe. Dessert is Baklava by the Middle East boys.

At the mo its open from midday from Wednesday to Sunday until 11pm, possibly later on a Saturday - plus you'll get good vibes from the DJ's and occasional live bands. The family will be monitoring how it goes and if there is a need opening hours and days will be extended.

So its well worth a look in Peter Jays collection of Vintage plaques, yarmouth finds and memorabilia which adorn the walls - there is almost too much to see and digest - thats why I'll be back for round two - - -